OS Command Injection is a web vulnerability that could allow an attacker to execute commands from an arbitrary operating system (OS) on the server running an application, often endangering the application and all its information.

What Is OS Command Injection?

OS command injection, or shell injection, is a web vulnerability that allows an attacker to arbitrarily execute an operating system (OS) commands on the server running the vulnerable application, often ultimately compromising the application and all data.

See Also: What is SQL Injection and How to Prevent It?

When programs are unable to properly validate and sanitize parameters, they use them to execute system commands when calling shell functions such as system() or exec().

Often, an attacker could exploit an os command injection vulnerability to compromise other server infrastructure parts.

This process is like running a command on CMD on Windows and Terminal on Linux. It occurs when the security control of the user’s inputs is not sufficient, and the user has the authority to run commands on the system.

What Are the Types of OS Command Injection?

If we examine it step by step:

Consider a shopping app that enables the user to see whether a product in a specific store is in stock. This data is accessed through a URL such as:

The application must query different legacy systems to provide stock details. The feature is introduced for historical purposes by calling the product’s shell command, and the IDs are stored as arguments:

This command pulls out the stock status for the specified product returned to the user.

Since the application does not defend against OS command injection, the attacker can send the following input to execute a random command:

If this entry is sent to the parameter productID, the command that the application executes is:

The Echo command will output the typed string. Some forms of os command injection are a helpful way to evaluate. The & character is a separator for the shell command, so there are three different commands that run one after another. As a result, the user returned the output to:

Error - productID was not provided

In indirect command injection, an additional command is sent to the vulnerable application indirectly via a file or environment variable. Next, the attacker learns that using data from an external source such as a file or environment variable, the program calls a system command. In order to add a malicious instruction, it then modifies the content of the external resource. It then forces the program along with the original order to execute the malicious command.

If we examine it step by step:

Blind injection of commands is one form of OS command injection. Blind command injection means that in the HTTP response, the application does not return the output from the command. To take advantage of this weakness, various techniques like “time delay” and “output routing” are needed.

Consider a website that allows users to submit feedback on the site. The user enters his e-mail address and a feedback message. The server-side application then generates an e-mail with feedback to the site administrator. To do this, it sends a command to the mail program with the details sent. For example:

The mail command output is not returned in the application’s responses, so using the echo command is not adequate. In this case, you can use time delays to detect and abuse the vulnerability.

You may use an inserted command to cause a time delay that allows you to validate the execution of the command based on the time it took to respond to the application. The Ping and Sleep commands are an effective way to do this.

These commands cause the application to wait 10 seconds to send the response. Therefore, you will detect blind os command vulnerability in this way.

By far, never calling operating system commands from application layer code is the most productive way of avoiding OS command injection vulnerabilities. There are alternative ways to implement the required functionality using more secure platform APIs in almost all cases.

If it is deemed unavoidable to call OS commands with user-supplied input, strong input validation should be required. Some examples of adequate verification include:

To verify compliance with PCI DSS Requirement 6.5.1 and protection from injection errors, an assessor will review your policies and procedures regarding application development and interview responsible personnel.

There are many useful articles on Owasp’s website, such as weaknesses in web applications, how vulnerabilities occur, how to exploit and prevent these vulnerabilities. You can get more detailed information about OS Command Injection from the links below.

What Does PCI Compliant Software Development Mean for Developers 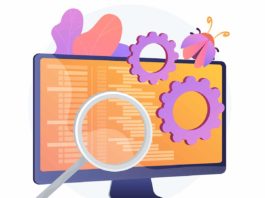